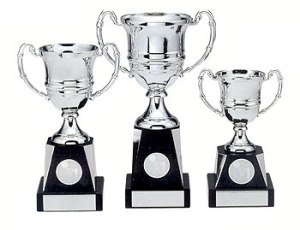 At some point in a player’s life they will have to face the harsh reality that the better players will play more football. The question is when?

I coach at under 7’s level, and rotation is definitely the ethos that I believe in for this age group. The benefits of this policy are many. Firstly, it promotes harmony and reduces conflict throughout the squad and feels fair to all concerned. It shows that the team is set up for the good of all, and not for the individual. You are unlikely to get negative hassle from parents complaining that their child isn’t getting enough game time, and most importantly, you are giving every player the same opportunity to develop.  If your primary motivation as a coach is to develop players for the long term, then I believe that this is the policy that best displays motivation.

The advantages of picking players to win the game are perhaps obvious. If you have a lethal finisher, or a beast of a tackler, it is understandable that in a tight situation you would want them on the field.  However, if they spend the entire match on the field it is in the place of another player and players develop through playing & training, not sitting on the bench. The gap between the players who are better and weaker is likely to grow, if the better players play more and the weaker players play less.

So if you agree with this so far, the question is at what age do you change the priority from development to winning?

The golden opportunity for development is up until the age of 11 in boys, as 95% of their neural pathways are set by that age. So does that mean that from 12 onwards the coach should focus on building winning teams, and concentrating on the better players? Is 12 the age that players should be moved into teams that match their ability level?

Personally, I think 12 still feels too young but I would love to hear the thoughts of other coaches on this subject! Players move to 11v11 football at U14 age, so maybe that is the right time?

Please write your thoughts in the comments.

10 Replies to “At what age do you move your squad from a policy of everyone plays the same time, to pick the players to win?”